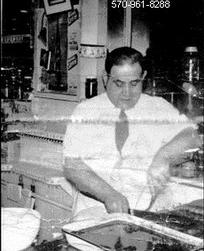 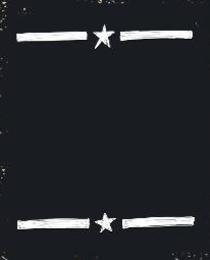 We use only the best ingredients that keep
customers coming back AGAIN ANd again. 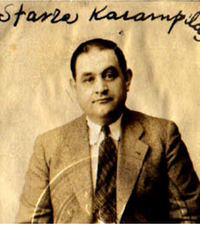 ~~It all started out in 1923 when Steve Karampilas  having left Greece three years earlier, set up shop as a tenant in the basement of a circa 1865 building in downtown Scranton on the corner of Cedar and Lackawanna Avenues. He named his luncheonette Coney Island Texas Lunch and did what he knew best, serving affordable and quality food to hard working friends. Ted Karampilas began working for his dad as a sophomore in high school all while the Coney Island legacy, and fan base, continued to grow. As new fans joined the original customers in the booths and at the counter, Ted and his brother Jack assumed control of the restaurant when Steve Karampilas died in the early 1970s. Ted and Jack continued their father’s hard work and success. In 1988, with a renewed passion for his father’s original dream, and new business partners, Ted Karampilas and Tom Moran rekindled the charm and success of the original family operation, this time as both the owners and operators of the original location with great success, In 2014 Brendan Bell took over as owner operator and continues the tradition of the 94 year old business. We pride ourselves on our ability to outlast our competitors and adversaries with our integrity, honesty and hard work. Over the years the faces have changed, but The Original Coney Island of Scranton staff is always dedicated to maintaining Steve’s original concept and formula. We offer a casual atmosphere with great service and a great product at an affordable price in a place that everyone can enjoy. Our old fashioned sentiment and our customers unwavering support have made us a local landmark. We can’t thank you enough for your patronage. The loyalty of our customers is what we view as the ultimate mark of success in this town. After all, how many establishments do you know of that have been operating continuously, and in the same location, since 1923? Not many. We think that it is a testament to The Original Coney Island’s contribution to the legacy of Scranton that in 2007 we were honored by the Lackawanna Historical Society, which is the “oldest cultural institution in the county…committed to preservation of the historical, social, cultural and economic developments of Lackawanna County,” by being featured prominently on two of six postcards they offered through their organization (www.lackawannahistory.org). One of the postcards features our restaurant, and another includes our building in a photograph of the pre-construction 500 block of Lackawanna Avenue . The next time you are downtown, come in and sit at the same booth your parents or grandparents did when they were dating, or maybe sit in the same spot where you carved your initials years ago. Reminisce a while or share stories on current events and local news while you enjoy good company, friendly service and a great Texas Wiener. It’s still the best deal in town. The Original Coney Island of Scranton has survived the test of time, and Scranton , over the past 91 years. We plan to be right here for the next 91 years at least, serving many more generations of fans as they pass through the doors and down the ramp to sit and enjoy the “Original” uniquely Scranton treat.